Nowadays, you don't need a physical load balancer to setup a lab. Almost each and every vendor offers a "virtual appliance", which is just their appliance repacked as a virtual machine:

Here is a list of few such virtual loadbalancers:

There are even opensource alternatives such as:

So building a virtual lab on a laptop is just one download away, isn't it?

No, there are to missing pieces: Network topology with a router and web servers with content which is suitable for such labs.

Luckily for you, I have just setup such a lab, and I welcome you to use it as well.

But this is not how loadbalncers are usually deployed. And its also not the best way to deploy them, as not all traffic needs to go through the loadbalancer.

The laptop is the only physical device here. Every thing else is virtualized.

The host/laptop will be used as the client for testing.

If you are using just one loadbalancer, make sure it's IP address ends with .100 or ::100 as some routing depends on that.

You will need to create 4 new networks, here is my VMWare workstation setup:

Here is a short reference:
And here is how the GW VM is configured. You will need to match your own VMNet names to mine, using the network IP address as a key. The most important thing is the order of the network adapters: 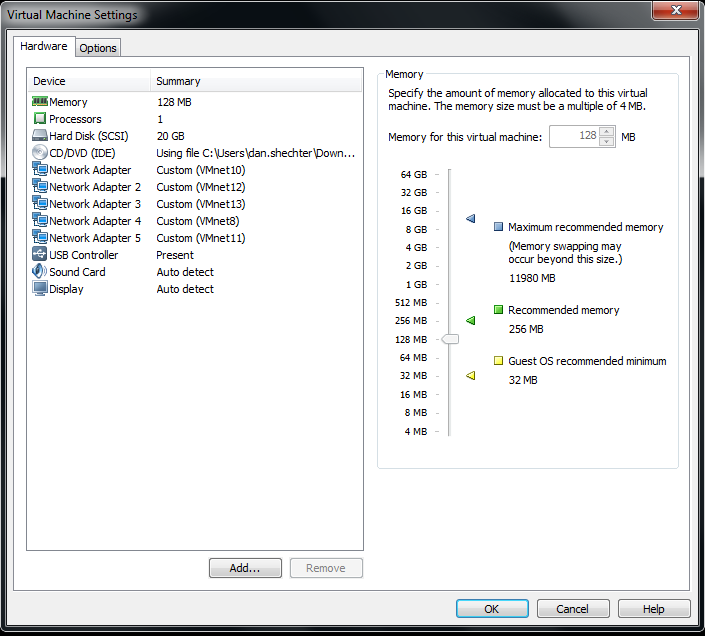 We need to add IPv6 addresses to the Host-only VMNet interfaces:

Now would be a good time to verify your host connectivity by pinging to:

We need to add routes on laptop/host  to get to the loadbalancers and to the VIPs.

Here is a network diagram to show the routes: 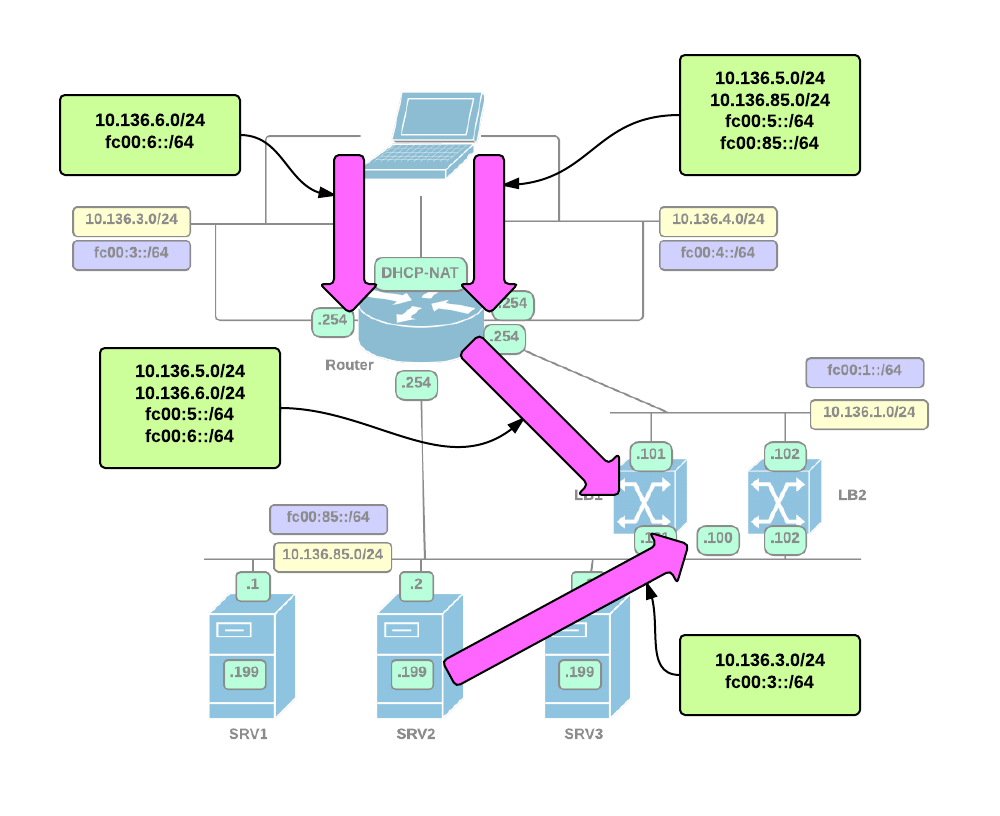 This setup allows different VIPs to be used in different network configurations:


Here is an explanation to the columns:

The GW and the web server routing is preconfigured. Only the host/laptop needs to be configured:

After we are done with the configuration we can test connectivity.

Same for the gateway. Use sudo for root commands. 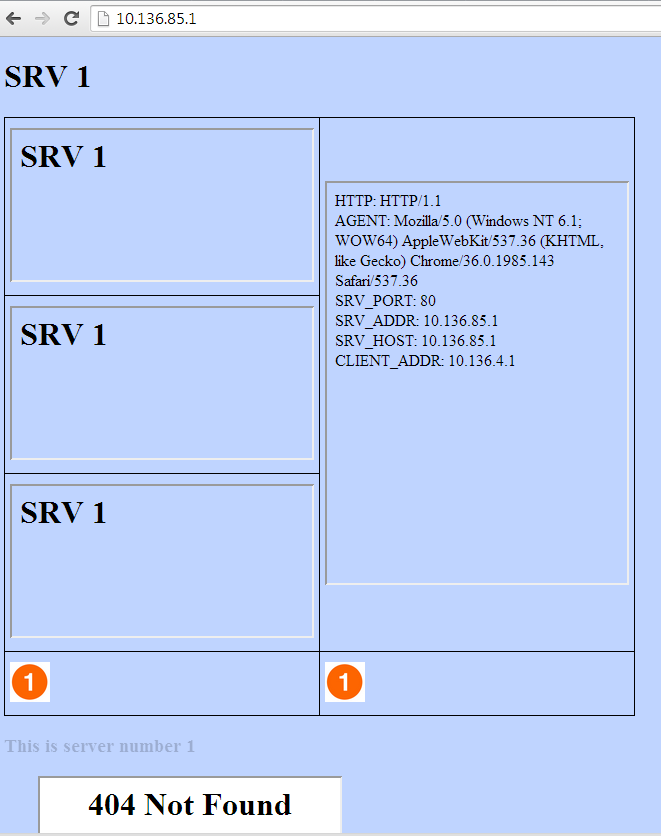 Everything inside the table is iFrame, which means it get loaded on its own.

You have alpha, beta and gamma directories, which you can use as a server selector.

On each server X, number.jpg will point to numberX.jpg, but you can manipulate that.

By default the page will load scripts/flash.js . There is also scripts/flash_fast.js for your iRules/appShape manipulations.

That is on purpose. To fix that you need the client to request here.html or make the server think that the client has requested here.html instead of not_here

Last but not least here are the OVA (virtual appliance) images:
Enjoy...
Posted by Dan Shechter Gelles at 9:49 AM

There are two buzzwords floating around. Cloud and SDN.

They are even closely related.

For now, SDN is mostly a buzzword but Cloud is actually something people are using daily, such as AWS, Azure, Rackspace, Google and others.

As network engineer, my chances of touching or even seeing the details of the backends of those public clouds are quit small. However, private clouds are different.

With private clouds, as it was with VMWare installations, network engineers are expected to be able to support and install the network side of things.

So I have decided to jump in and learn private clouds. And for me, the best way to learn is always hands on.

I'll jump right in and do the Operator Training Guide.

I'll publish a series of posts with my experience with the training material, and I'll update this post with links to all of the posts.